It’s ok to confer about just a word or phrase

Do you have students who blow through texts, getting just the gist, but not really thinking through specific details that might make a difference in their understanding?

Recently when I leaned in to confer with a student, he had just read this sentence:

Then I said, “There’s a lot of information in this one sentence. Why don’t we just think about the first part of the sentence that says ‘surf lifesaving clubs.’ What do you think that means?”

“Want to think about this with me?”

I proceeded to THINK ALOUD by saying “I’m not sure I know what a ‘surf lifesaving club’ is, but I do know a little bit about clubs. They are usually a group of people that get together–“

“YES!” the student interrupted me. A light had gone on for him!!! Then we thought aloud together about what we know about clubs.

Then I returned to the text. “So if I look at the words ‘surf lifesaving’ then, I know this article is about drones trying to help swimmers, maybe this club in Australia is about…” and the student filled in the rest!

I decided not to get into more–making sense of the rest of the sentence with more (most likely) unfamiliar words and phrases like institution and coastline and dotted along. I also decided not to read further with him to see how our thinking was confirmed in the next few sentences. What we’d done with just a few words was enough–just enough for that student to hold on to, ponder, and think about as he read on.

Before I moved to the next student, though, I reminded this student of what he’d done to problem solve–“You used what you already knew plus clues in the text to help you make sense of what this phrase meant.” I’d ask him to use this language again later during a teaching point with the group when he had the opportunity to explain how he problem-solved.

Just a note – I don’t think this text was too hard for him. He contributed a great deal to the conversation about other (easier) parts of the source and at other points in the lesson. I think he may have just been shutting down – instead of actively problem solving – when he felt like the text was too challenging. He definitely needs more opportunities to think through complex texts like this. During a phase 2 lesson with this text, we engaged in “explode to explain“–closely reading and thinking through one sentence. This approach seems to help students slow down and think critically about what they are reading & learning. 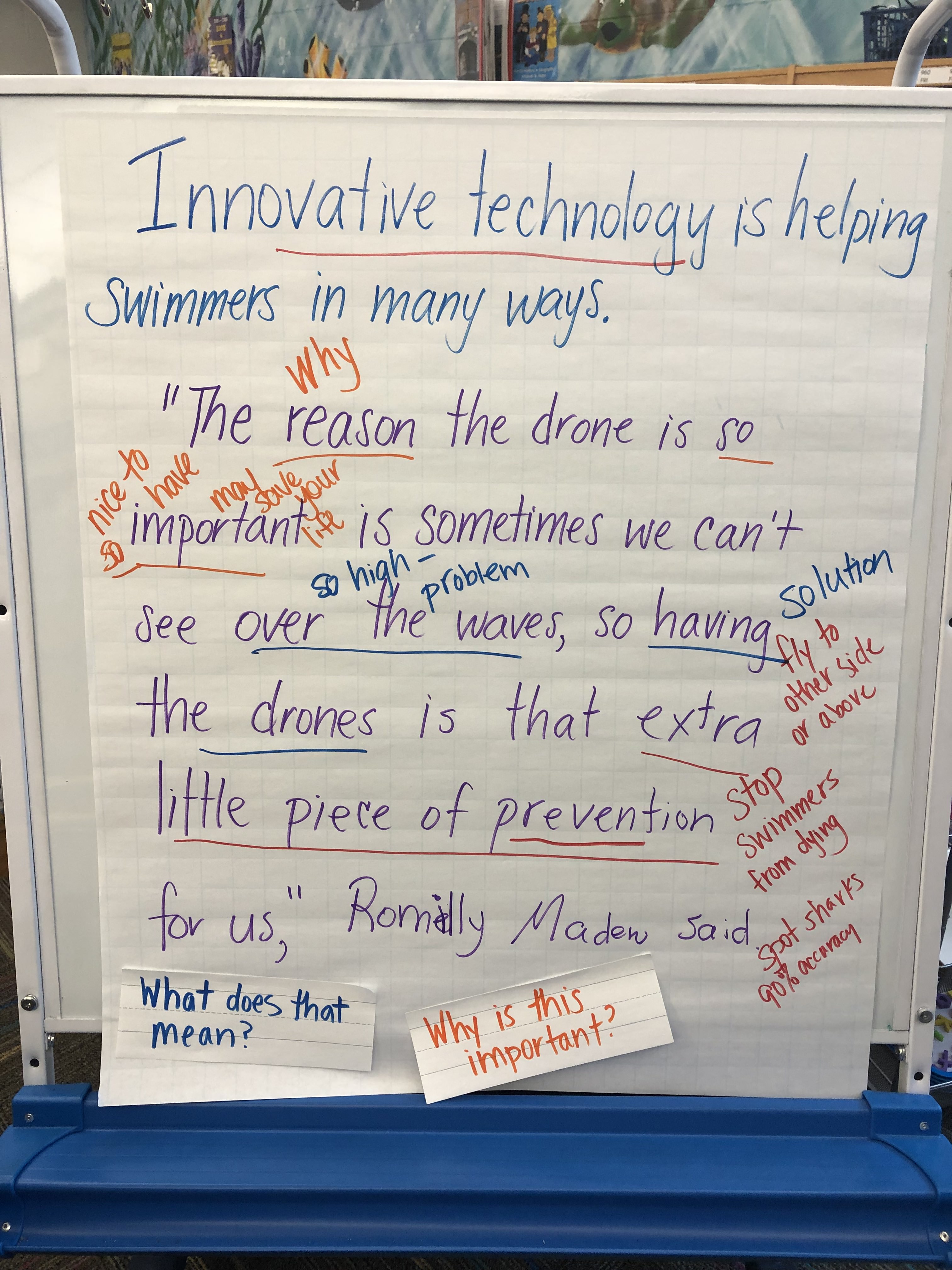