What do you do when emergent-early stage readers can’t decode a word because it’s not in their vocabulary?

In a previous entry, I wrote about holding emergent and early stage readers accountable for word-solving (as much as possible) before offering  support including telling providing an unfamiliar vocabulary word. For example, one student figured out “off” in the word “officer” and when she reread the sentence, she realized the word was officer.

Integrate unfamiliar vocabulary into the text introduction, as part of the conversation about what the students are noticing in the text features (headings, photographs, captions, etc.).

For example, in the book Animal Close-Up (Okapi) (about a DRA level 12 or F&P G), as the students and I looked at the photographs, I asked them, “What do you notice?” They were not noticing the butterfly’s “tongue” prominently featured in the picture and an important word on this page. I said, “I noticed the butterfly’s tongue. Look at that. It looks like it is curled up or rolled up.” I was worried that “roll” might be a difficult word for reading and an unfamiliar vocabulary word for this group. So I integrated this vocabulary into our conversation and we took a moment to notice that, indeed, the tongue is rolled or curled up. Then I said, “You’ll have to read to find out how the author describes the tongue.” 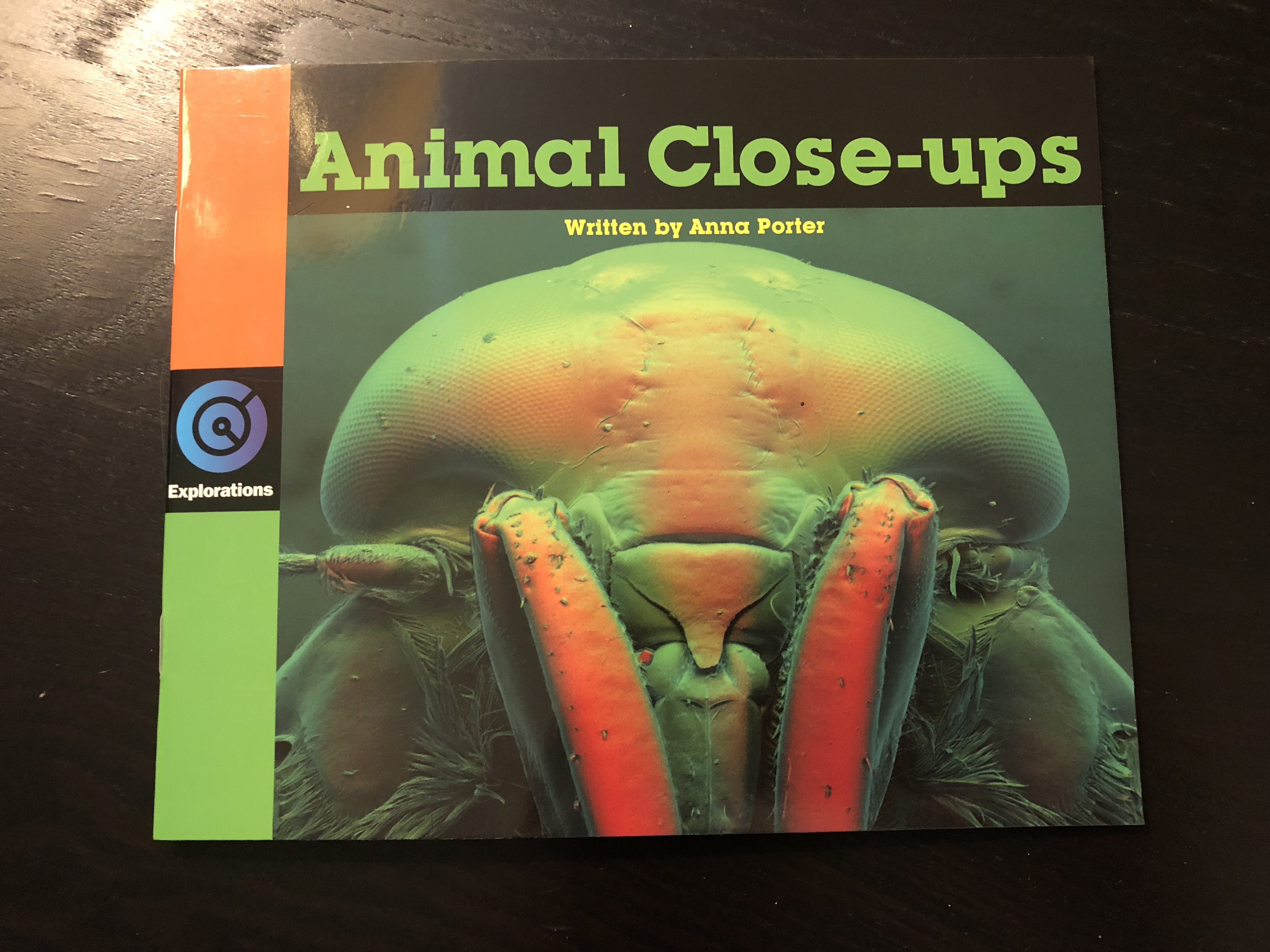 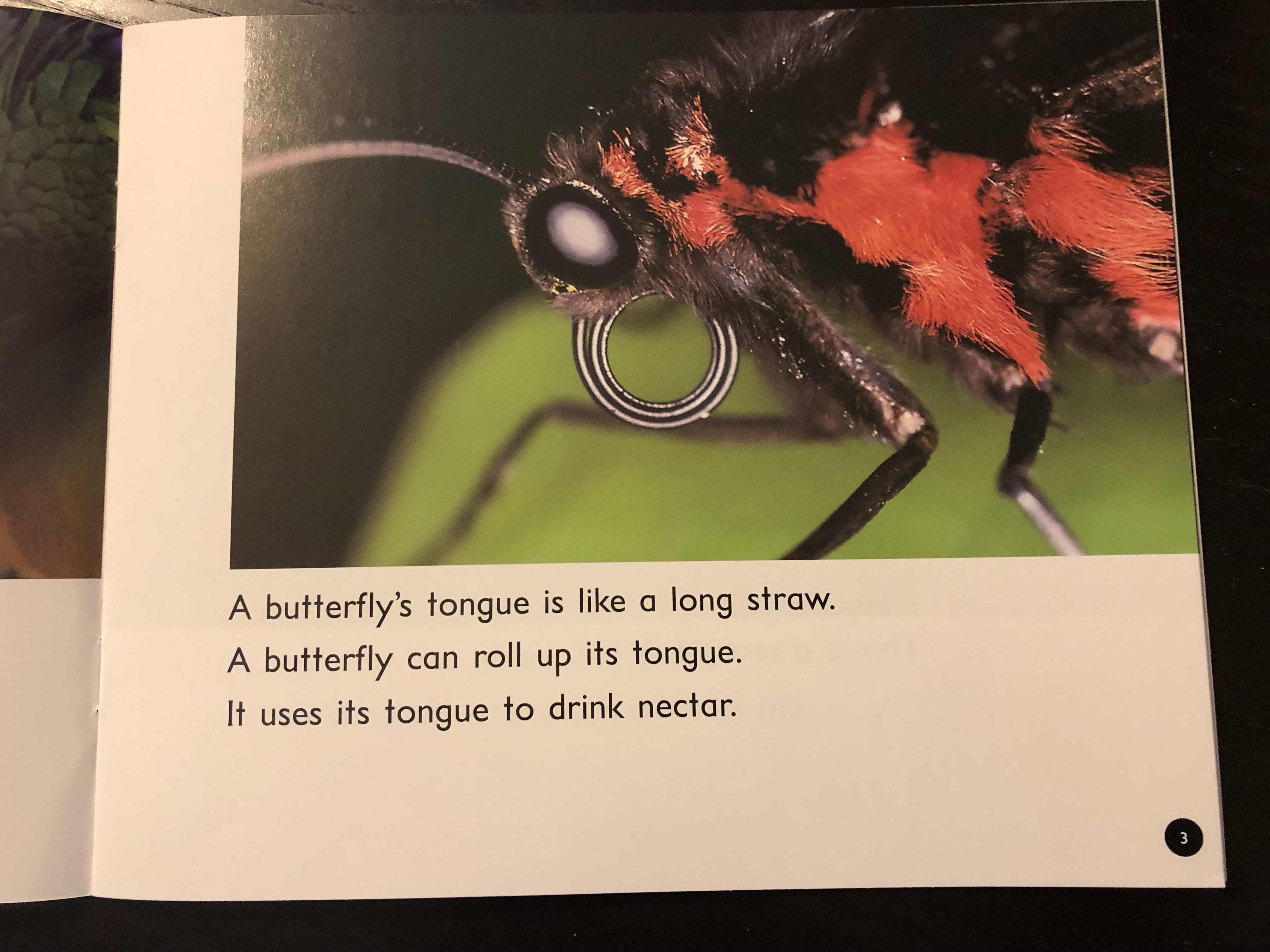 On the next two-page layout, there is a scorpion and the author states that the scorpion has poison in its tail. At this stage, I would not expect students to be tackling the middle of words like these (e.g., “oi” and “ion”). So it was important that I integrate these into our conversation. The students noticed the “scorpion” but they did not mention its tail or that it has poison in it (which they probably didn’t know). I casually said, “Do you think that a scorpion is poisonous like some spiders?” A few said yes, a few said no and I said, “Well, I think you’ll have to read to find out.” What I have found is that later, while reading, when students stop to problem solve words like “poison” and “roll up”–they are more likely to recognize these words because of the meaning we built during the conversations we have during the text preview. They still have to do work–they have to use the first part of the word, they have to think about what would make sense and sound right. 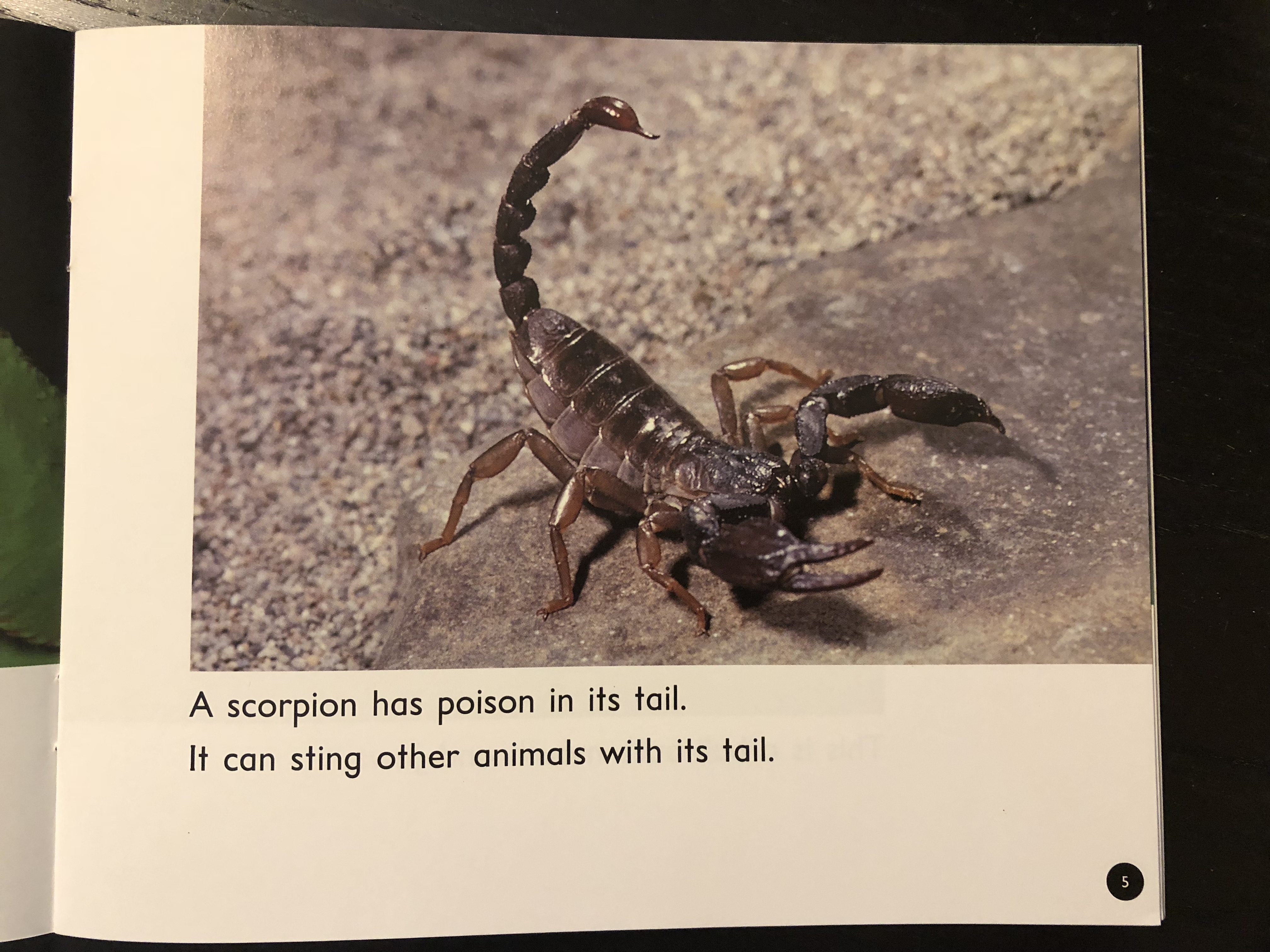 I’m not giving away a lot. There’s still plenty of work for the students to do. For this lesson, I did not preview beyond these few pages so there are still opportunities to problem-solve while making meaning. I’m just trying to give the students a head start so that they don’t get STUCK on unfamiliar vocabulary and they can focus their energy on decoding stage appropriate words and making meaning.

The same goes for emergent stage texts (DRA 1-3; Fountas and Pinnell A-C). As we engage in a picture walk, I try to use the language of the book and integrate unfamiliar vocabulary. For example, with the book Lovely Flowers (Pioneer Valley) (about level B), the author writes about animals that like flowers. One of the animals is a hummingbird. I would not expect students at this stage to be tackling the “ummingbird” part of this word. I’m mainly focused on using the first letter “h” and the picture clue. But what if they have never heard of a hummingbird? During the picture walk, after I say, “What do you notice?” If the students say, “It’s a bird,” I can respond, “It might be a bird or it might be a hummingbird, you’ll have to use the picture and first letter to help you figure that out.”

I write key words into my lesson plan as a reminder for what I want students to notice and the vocabulary I want to make sure I integrate into our conversation. Sometimes I even have them listed on a sticky note with page numbers so I can glance down and remember what I need to notice and name if the students do not. I do this with transitional and fluent stage plans as well! (More on that soon!)

I DO NOT point out these words in the text. Kids are more likely to hold onto vocabulary if we  build the meaning through the conversation we have while previewing the text.

I do NOT STRESS OUT about addressing every unfamiliar word in the texts. I’ve never had a student pass out at the guided reading table because they couldn’t figure a word due to vocabulary issues. It’s okay. When you lean in to individuals, you are there to coach them in making sense of these words as they read and, independently, they need to problem solve (to the best of their ability) the way you have taught them in previous lessons.

At the emergent stage, if there’s an overwhelming amount of unfamiliar vocabulary, DUMP THE BOOK.  Find a book where the students can engage in a productive (not frustrational) struggle, where they might be a few new words, but there are mostly words they can tackle or recognize.