When kids ‘mumble read’ a word they don’t know…

A few weeks ago I was in a conference with a student reading a book about the sea lizard. When he came to a word he didn’t know, he mumbled the word and kept going. Do you have students that do this? These students are self-monitoring but they lack fix-up strategies. They know when they don’t know a word, but they do not know how to figure out that word.

When he finished the sentence, I asked him, “What was the tricky part?”  After he recovered from the shock of my question – because he’d been secretly hoping I wouldn’t notice his miscue–he pointed to the word burrow.

I could have started this conference differently, but these first two questions are super important. By asking him “What was the tricky part?” I am messaging that productive readers self-monitor for problems, for when meaning is breaking down. If the student says there was no tricky part, I ask him to read it again and usually he notices a tricky part or he may fix his error. (If he doesn’t…well, I have more to say about this in the next blog entry.) By then asking him, “What can you do?” I’m messaging that when we notice meaning breaking down, we need to do something.

When he didn’t know how to figure out the word, I prompted him, “Can you use your finger to cover up the ending? And think about the first part of that word?” He did this and read the chunk “fur.” Notice my finger has not been in his book yet. It’s better that I get him to do the work instead of me.

When I asked him about the second part of the word – row, he said he didn’t know that part. I realized he probably didn’t know what sound “ow” makes in that word. I also knew that he probably did know other words with “ow” so I wrote the word snow on a scratch piece of paper. (I did not write how 😉

“Do you know this word?” He responded by reading snow.

Then I asked, “Can you use this word to help you read the second part of that tricky word?”

“Now read those two parts together.” 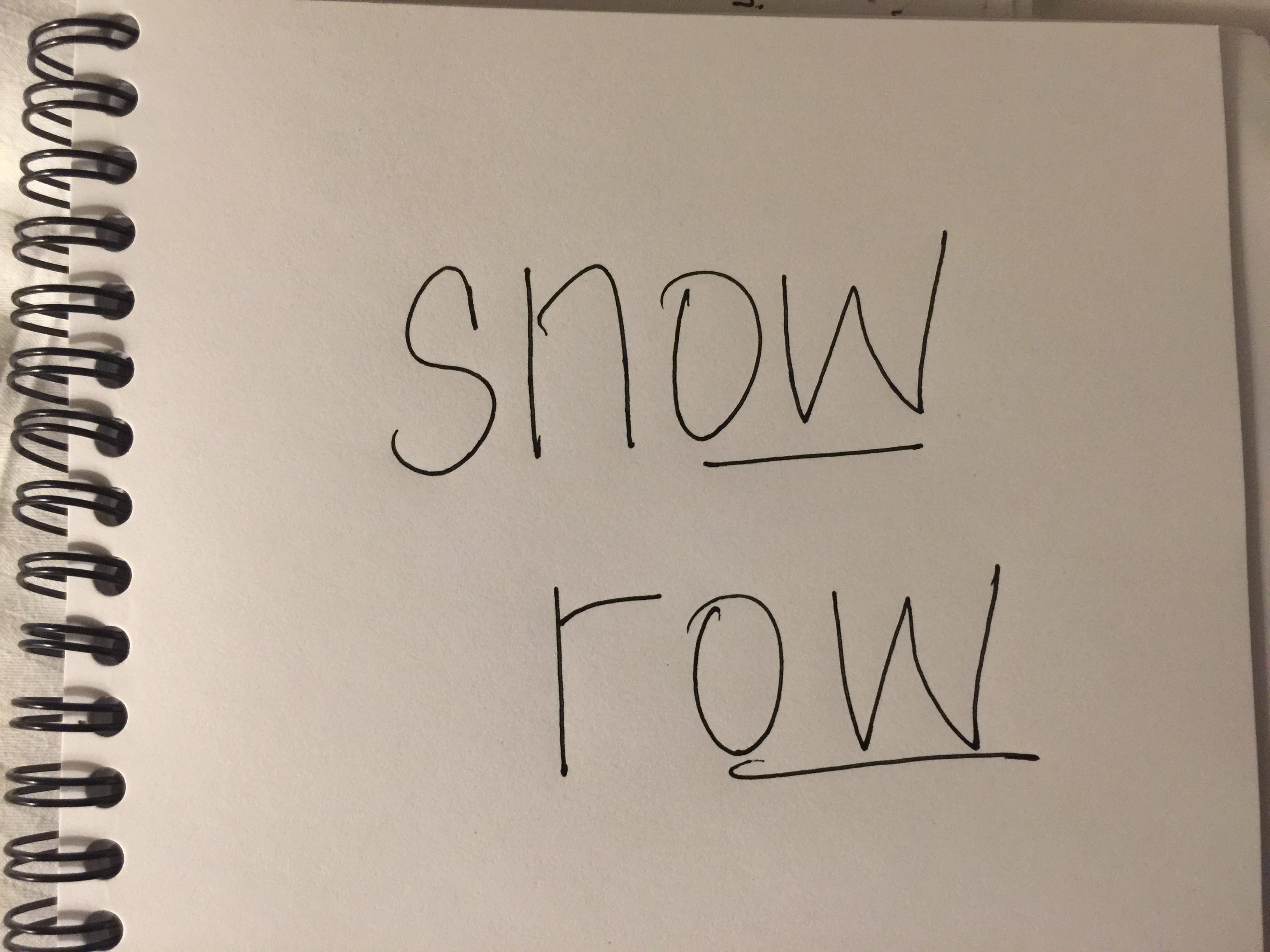 I have never blogged on how to help students with decoding while reading informational texts, but this type of experience has been popping up in my practice a lot lately. Just thought I’d share.