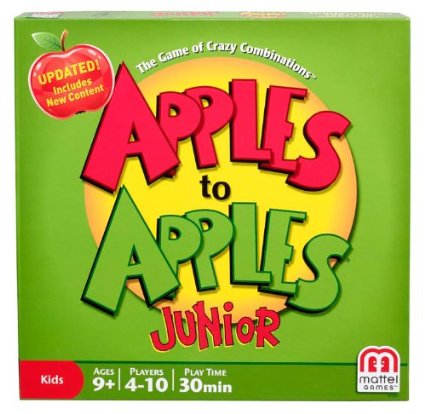 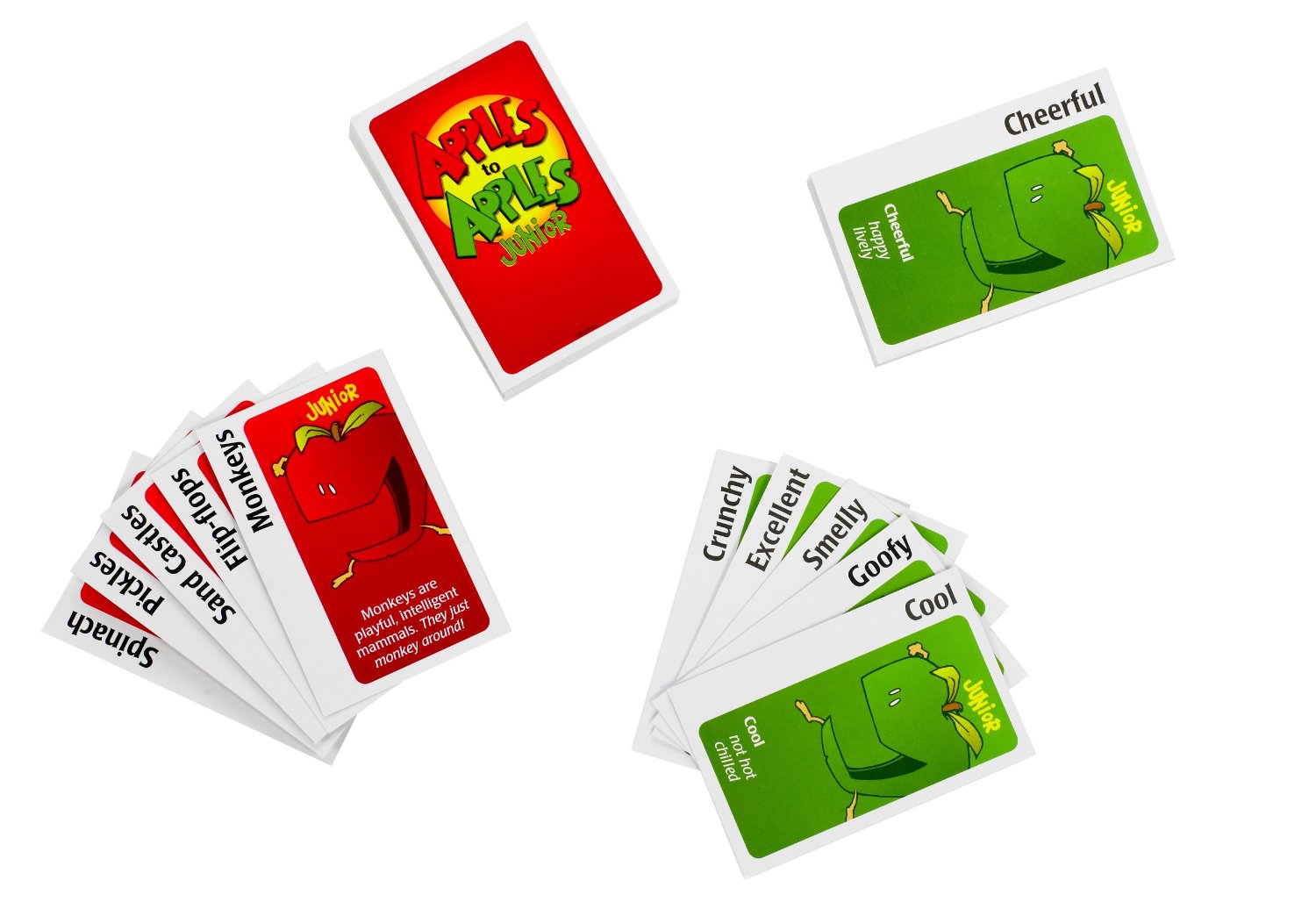 A few weeks ago, I used the game Apples to Apples with a group of sixth graders to have fun thinking about the concept of “reasons” and “evidence” as it relates to argument writing. They had a blast and I learned a lot about what they were struggling with conceptually and was able to coach at the point of need.

First the group (of 7) just played the game and enjoyed it. If you’re not familiar with this game, one green card with an adjective is drawn (like “playful” or “silly”) and the players, who have five red cards in their hands with nouns on each (like “girl scouts” or “flip flops”) have to pick one of their cards and give it to the judge who does not see the card, but mixes the players’ cards up and then lays them out. The judge has to decide which red noun card fits the green adjective card the best. I always encourage students to make their case –but in a way that does not give away which card is there’s. Lots of oral language and collaborative conversation going on. 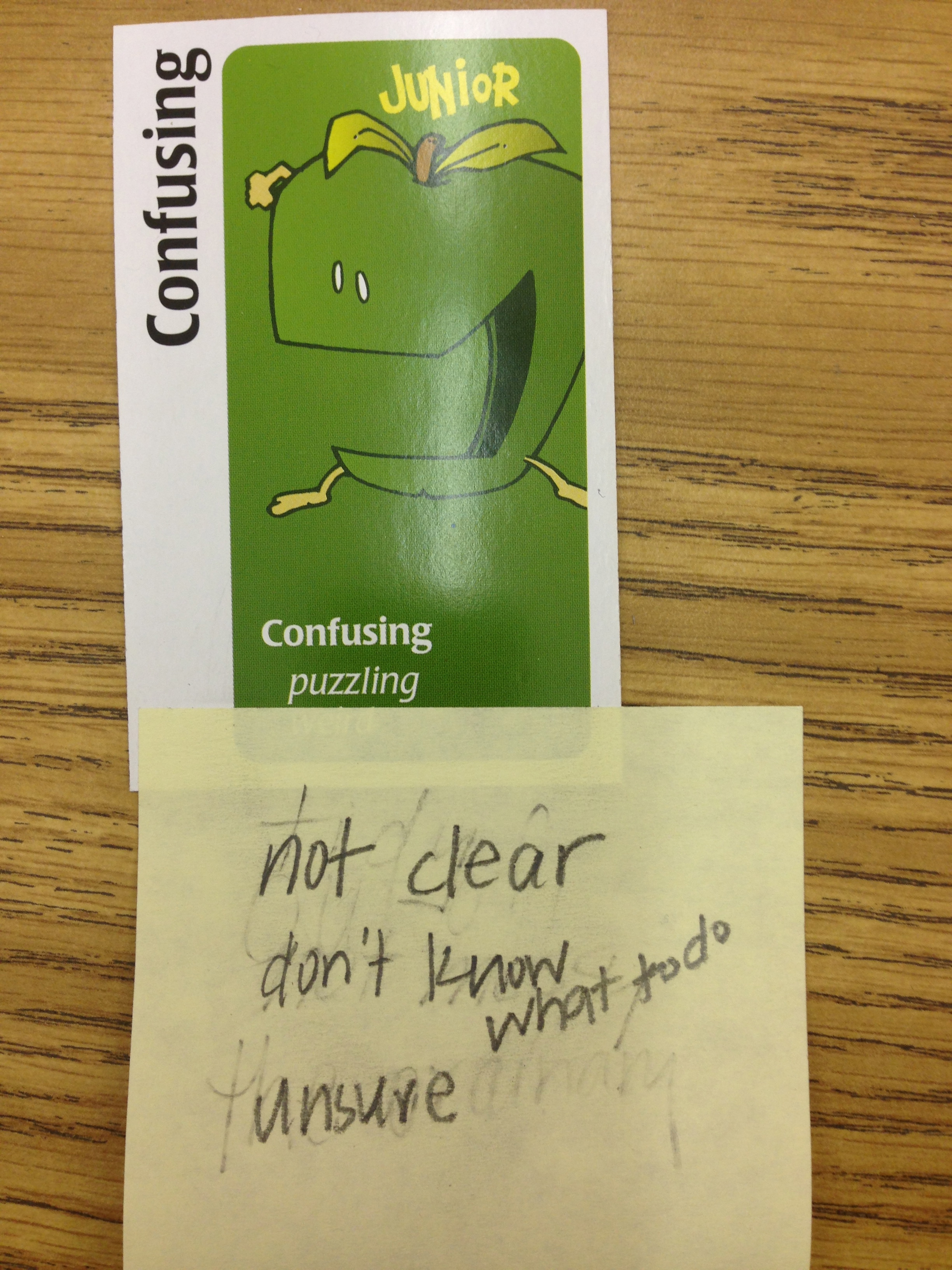 In a later round, I ask the teams to come up with one reason and supporting evidence instead of three reasons.

I worked with a group of 7 sixth grade students which was a luxury. Other ways to do this–You could try dividing a whole class into four groups and moving around to coach groups. If you have a student teacher or classroom volunteer, they could pull students to do this; a literacy specialist or special education teacher who pushes in might do this. I’d recommend this for 3rd-5th grade as well–this could happen a few times during guided reading–a nice break and very beneficial.

Playing this game allowed the students to have fun, but it also freed them up from the cognitive load of writing to just think about reasoning and evidence and begin to articulate the difference. The two teams I worked even began to offer counterarguments!!